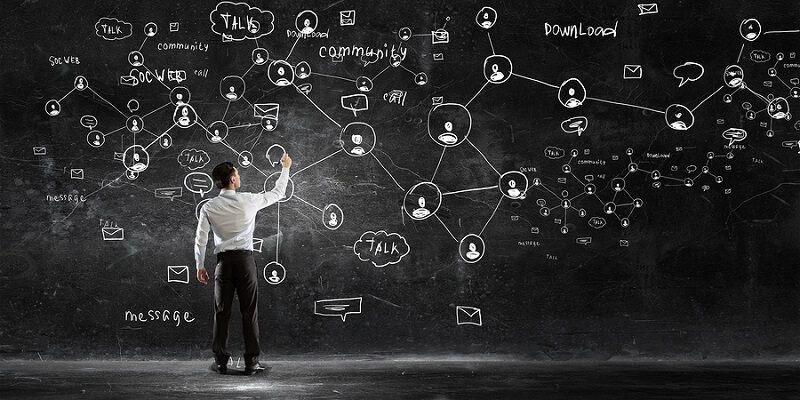 It’s considered the Oracle of Silicon Valley. And this is attested by CEOs Eric Schmidt (Google and Alphabet), Brian Chesky (Airbnb), Reed Hastings (Netflix) and Mark Zuckerberg (Facebook). In addition to attracting the key trendsetting technology companies, the Blitzscaling concept (created by US entrepreneur Reid Hoffman) is already part of the vocabulary of many technology market companies and venture capital investors in Brazil.

You must be wondering: what is this so-called Blitzcaling? As Hoffman told the Harvard Business Review magazine, it’s a methodology used by companies to grow rapidly and become a scaleup.

But to develop so fast, there’s no time for the company to fix everything that goes wrong along the way. And that’s where the model can help you understand what are the real priorities of businesses that intend to be disruptive.

According to this concept, to find out what is the correct focus, you must first know in what moment your company is, conforming to the following phases: Family, Tribe, Village, City and Nation. In each of such phases, the perception of people management, customer service, number of employees and revenue changes significantly.

But how can you create and measure the success of a successful business? There is no simple answer for this. One thing is certain however: by following this model, many companies grew dramatically and managed to serve a huge, global market.

The origin of Blitzscaling

The name arose from the “blitzkrieg” term, a military tactic of the German army during World War II (1939-1945), used to take opponents by surprise. Despite the somewhat questionable reference to the term, which was used as propaganda for the Nazi government – which Hoffman himself confirms –, the lightning attacks that allowed Germany to conquer almost all European countries have undoubted parallels with this methodology.

Before this new tactic, armies didn’t have the speed or the mobility to advance, because they had to load their supplies. With the creation of blitzkrieg, the soldiers began to take only what was really needed and thus gained mobility – while the army had to make quick decisions, even if they involved many casualties.

Blitzscaling shares the same perspective. In Hoffman’s words, “a startup that must move fast has more built-in risk than a company going through the normal and rational expansion process. This kind of speed is necessary for both offensive and defensive reasons”.

According to him, on the offensive side, the company may require value from a certain scale. These scales are characterized by a number of users, customers or employees, or even revenue level – which are parameters to enable entrepreneurs and investors getting a sense of where companies are in the organizational scale. On the defensive side, companies need to scale faster than their competitors.

What’s the hurry of growing for companies nowadays?

Some companies are in a hurry. In addition to being important in challenging economic contexts, the anxiety to grow can be translated as staying relevant in the volatile atmosphere of current economy. In this case, support comes from technology, which keeps everything interconnected and streamlines internal and external processes – which were once considered an obstacle to growth and good business operation.

For Hoffman, current globalization makes us all live in a networked era: “…transport networks, trade, payment and information flow around the world. In such an environment, you must move faster, because competition from anywhere in the globe can beat you”, he explained.

To whom Blitzscaling works?

People involved in technology, startups, entrepreneurs, investors and venture capital companies are discovering that becoming a scaleup can help getting new financial provisions before going public or doing a strategic acquisition.

But even if you are far from that profile and work in a business with more modest aspirations, there is some wisdom in which you can take from the Blitzscaling model. Business experiences with the Hoffman concept can help you run just about any business.

Blitzscaling is a creation of high-impact entrepreneurship. Companies that follow this type of methodology help create many jobs and shape the industry of the future. But becoming a scaleup, managing to meet a large demand, isn’t simple at all.

And it’s also considered useless and even risky to adopt the behavior of a Blitzscaling phase more advanced than that your company currently is. If the company is Family, for instance, there is little point in using the same practices of a Village or City.

The fact is that as long as all the objectives of each phase aren’t met, it won’t be possible to be part of the next organizational scale.

How can you apply Blitzcalling in your business?

In theory, you just have to start scaling your business. However, no business starts as a scalable entity. This is well illustrated by Airbnb story. In order to understand what problems his users had with the platform, Brian Chesky and Joe Gebbia left California for New York, to knock on the doors of their ‘hosts’.

Through this experience, they found that most of photos used on Airbnb had been taken by amateurs – which gave a terrible impression on interested tourists. So they rolled up their sleeves and rented a professional camera to make new pictures of the apartments. Nowadays, the company already has professional photographers to produce these photos.

Although not scalable, the door-knocking procedure allowed the company’s founders to persuade those who preferred to rent apartments in a different way. That is, the distinguishing point of the company arose from an innovative attitude to understand their clientele.

During the first two phases – Family and Tribe – competition isn’t relevant because the opportunities aren’t so obvious. But when the company becomes a Village, more companies start to see the same opportunities that you have seen.

When Airbnb became a Village, its biggest rivals were its competitors and the American government, which provided a new drive to win new markets. Search other cases of large-sized companies that have used the method and learn some more important lessons.

Priorities of each Blitzscaling stage

At this stage, company owners must develop their product as much as possible, to have a clear value proposition and meet a unique market’s need. At the same time, they must focus on finding the best distribution channels and a sustainable business model. Still at this stage, they must hire their first employees and find an opportunity to have a competitive edge. During such start phase, they should focus on structuring a small business, and finding good suppliers and simple solutions, in order to automate the bureaucratic processes and make everyday life easier.

The owners should have a well-defined product in this stage. It’s time to consider investments to grow, adjust their product to the market and increase their team. The more agility in this moment, the more they will stand out from competitors and the faster they will scale up.

Among the best growth techniques for businesses are becoming viral, making partnerships and taking good care of social networks – as well as investing in SEO, to ensure brand positioning in search engines. Now is the time to think of a solution to actually streamline the operational side of the business. Tools that drive the Tribe’s agility must be used, allowing to make quick quotations and access a variety of suppliers, such as a marketplace.

Some technological solutions enable the creation of reports, with important data about the company. In addition to helping understand which are the future points to be scaled, these reports are vital time-savers.

It’s time to choose the right time to scale up, which will depend on factors such as market opportunities, foresight, available resources and competition. Contracting processes must be quick. The effort with routine chores should be minimal, so management won’t spend time with bureaucracy, but with the identification, planning and execution of their core business. However, now the owners must know their core business by heart, and which item should be scaled first. With more complex relationships, Village businesses must find solutions to simplify their internal processes and take good care of management.

When it arrives here, it’s likely that the company has more than one product already, and a major source of revenue. The idea behind this stage is to ensure the efficiency of large-scale resource management, without slowing the company down. It’s perhaps the right time to change the technology strategy, and turn all efforts to productivity, with the creation of new processes, dashboards for data control, and a transparent management to avoid decreasing the speed.

Here, the company must be handling issues related to different cultures already, as it will be also investing in a global strategy. The biggest challenge for the owners of a Nation company is to communicate their ideas to thousands of employees across the globe, and further expand their business – which has now more than one product line.

Companies of this size should scale their culture to the new format – which will increase CEO power and the importance of selecting managers. In this scenario, the challenge is to implement efficient risk management processes – from a revision of partners’ registration data to assessing the reputation of companies and its executives. On this subject, automation is a good solution to stay focused on what really matters.

Click here to watch the videos subject CS183c – Technology-Enabled Blitzscaling, created by Reid Hoffman at Stanford University’s Computer Science course, in the USA, and learn more about the different stages of Blitzscaling.

Leadership: 5 techniques to be a future leader in procurementME helps GRSA to optimize supply management