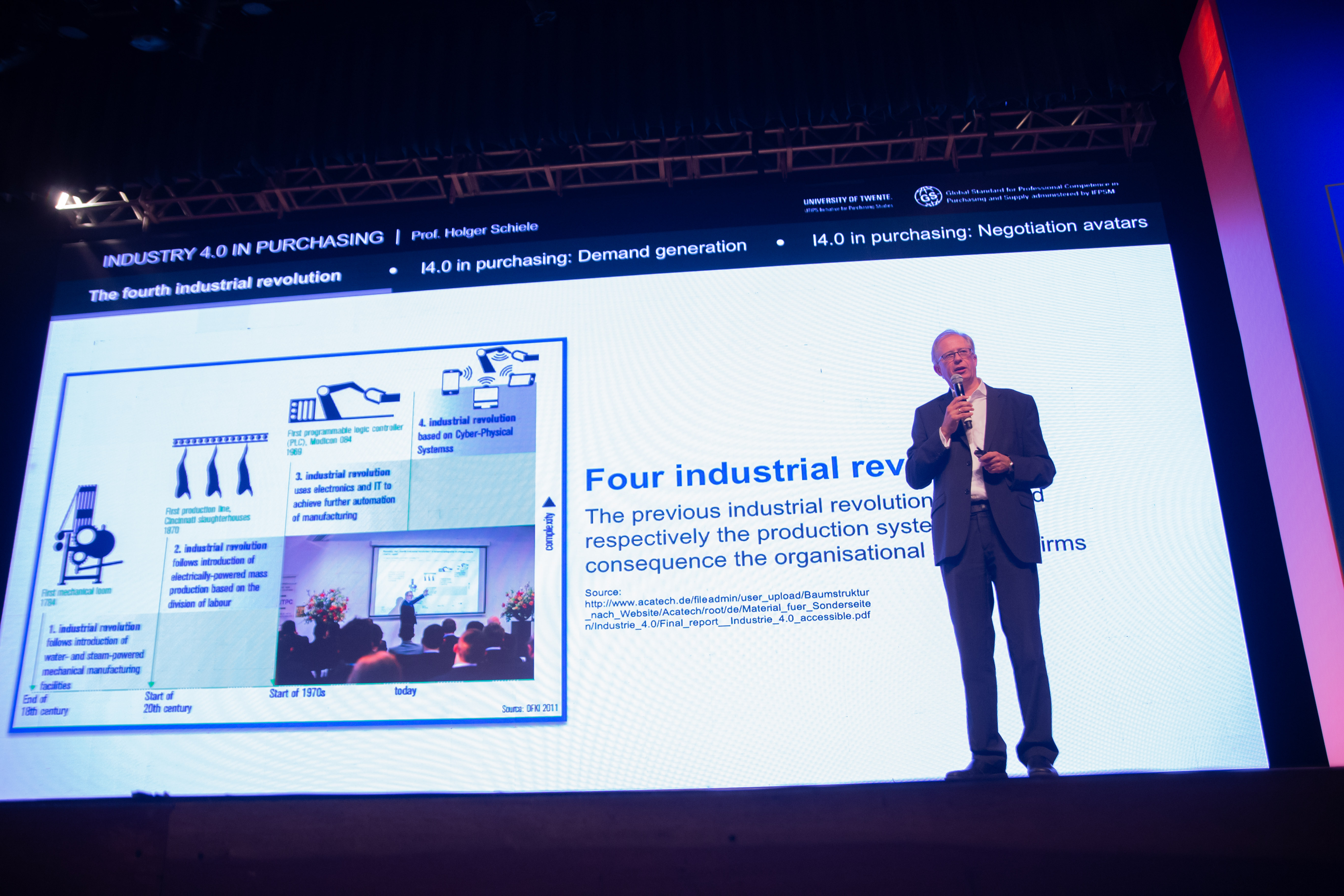 “The factory of the future will have two employees: a man and a dog. The man to feed the dog, and the dog to prevent the man from tampering with the machines”.

With this message, Holger Schiele, a German teacher at the University of Twente Initiative for Purchasing Studies, in the Netherlands, began his speech on Industry Procurement 4.0 at the ME B2B Summit. He spoke for 40 minutes, providing plenty of information and reflection on market’s future and a certainty: those who didn’t do their homework during the Third Industrial Revolution won’t be able to participate in the fourth one.

The history of industrial revolutions

As world population increased and work became a fundamental part of life, it was necessary to create alternatives to make routine more practical and productive. This explains the 4 industrial revolutions throughout history.

It featured the implementation of steam engines and the mechanization of tasks, which were previously carried out by hand.

It featured the introduction of electricity and production lines in industrial processes (start of mass manufacturing).

Third revolution (second half of the 20th century)

It featured process automation, due to the advent of computers, internet and information technology.

It features machine-to-machine communication and integration of the physical, digital and biological worlds, with the use of 4.0 technologies.

It’s important to remember that a revolution can be only defined in such a way when technical innovations come to being, to transform how the society is organized.

The Fourth Industrial Revolution and 4.0 technologies

The application of 4.0 in procurement

An optical system, implemented on a Raspberry Pi computer, warns when the bathroom soap is running out, and automatically orders more of it to the supplier. This is one of the projects developed by Mr. Schiele at the University of Twente Initiative for Purchasing Studies.

This example of automatic demand generation is the definition of Industry 4.0 applied to the real world and, for the teacher, this is only a sample of what is yet to come. In the near future, buyers and suppliers will be avatars negotiating with each other, ensuring optimization in procurement and sale contracts among companies.

Such process automation provides the procurement area with more easiness and assertiveness: (1) in demand generation; (2) in negotiation; (3) and in risk analysis, thus helping suppliers and buyers to achieve high satisfaction levels.

Happy suppliers are essential for business 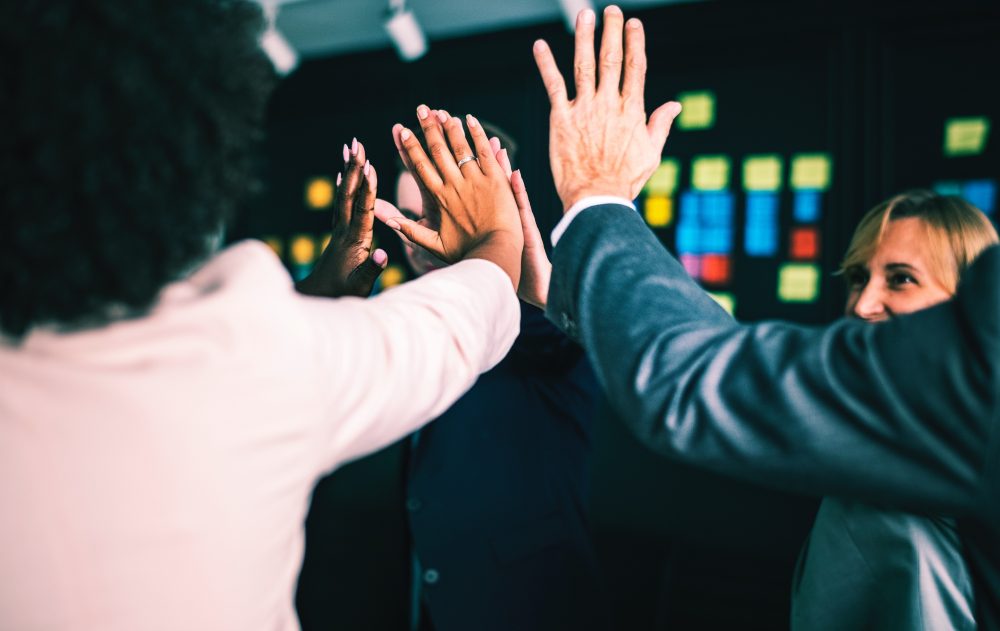 According to Mr. Schiele, in Germany the supplier chooses with whom he wants to work with. The use of 4.0 in procurement makes the buyer x seller relationship more sustainable, considering that the urgent and desperate demand gives way to the planned one, for instance. The supplier sees himself in an environment where pressure and haste aren’t routine at all, and he is then more willing to collaborate. The obvious result is more success for both sides.

Many speculations are being made around Industry 4.0. Ethical issues, robots replacing people and unemployment – but the truth is that, although we can try very hard, it’s impossible to predict what will actually happen. For the B2B procurement area in particular, it’s important to understand that process automation has the purpose of increasing supplier satisfaction, which is a required condition for successful business processes

Procurement 4.0: Inbrasc and Reuters disclose a survey on the use of technology in businessesCustomer Success: what is it and how to achieve it?